John Giorno’s earliest prints were created between 1968–1974. These works bear texts both political and sexually explicit, which were found in source material such as newspaper articles and personal ads. Some of the works make use of consumer materials, such as gift wrap and DayGlo paint. The prints were both self-produced by John Giorno / Giorno Poetry Systems, and created in collaboration with publishers including Something Else Press and Domberger Editions. 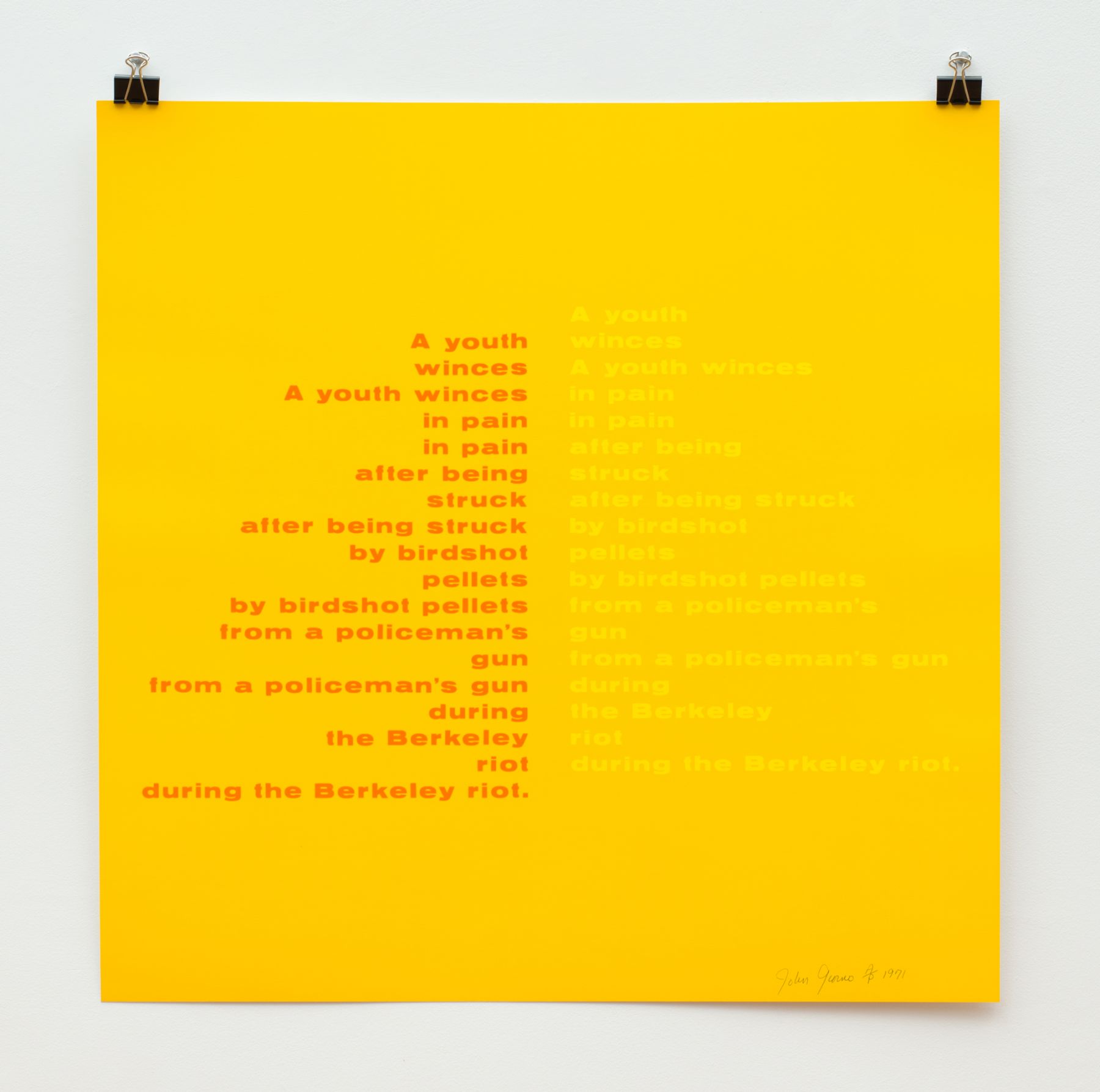